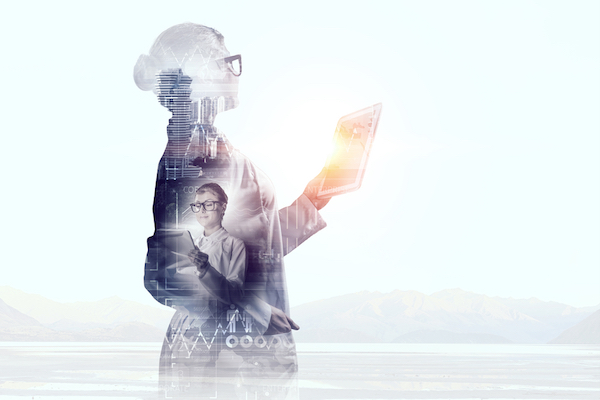 The world has certainly changed a great deal from yesteryear. Things are moving so rapidly now; it can be difficult to keep up. With all the excitement and flurry surrounding AI, AR, and VR, as well as the interconnectedness brought about through the internet, one can’t help but wonder what constitutes good design in the 21st century and what purpose it plays in today’s society.

Suzanne Labarre of Co.Design reevaluates these in her article 10 New Priciples Of Good Design, whilst giving a nod to Dieter Ram’s original ‘10 principles for good design’.

Similar to Lead Designer at Pinterest Tim Belonax’s UI/UX trend prediction for 2018, the focus on ethics has become increasingly vital.

“In focusing on the immediate needs of users, [user-friendly design] often fails to consider long-term consequences,” explains Labarre. “Take Facebook’s echo chamber, Airbnb’s deleterious impact on affordable housing, or the smartphone, which is literally changing people’s brains and has spawned an entire generation of teenage automatons.”

Even former Facebook executive Chamath Palihapitiya admitted that the platform is “destroying how society works.”

It’s more than just clicks, reminds Labarre. Designers have to be mindful of the potential impact that their creations will have on the economy, society, culture, and environment.

Citing Rob Girling and Emilia Palaveeva from design consultancy Artefact, Labarre highlights that aside from asking, “How might we?” designers should—more importantly—start questioning, “At what cost?”

This is critical in today’s world where software has become ubiquitous in people’s lives.

“For the past 20 years, tech has embraced a ‘move fast and break things’ mantra. That was fine when software had a relatively small impact on the world. But today, it shapes nearly every aspect of our lives, from what we read to whom we date to how we spend money–and it’s largely optimized to benefit corporations, not users. The stakes have changed, the methods haven’t.”

In Ram’s original design principles, he writes, “[Good design] does not make a product more innovative, powerful or valuable than it really is. It does not attempt to manipulate the consumer with promises that cannot be kept.”

Labarre reemphasizes this pillar, particularly in an age where UX can be treated like a weapon, much like the case of Uber.

“[Uber] built its business on a seamless front-end user experience (hail a ride, without ever pulling out your wallet!) while playing puppet master with both users and drivers. The company’s fall from grace–culminating in CEO Travis Kalanick’s ousting last year–underscores the shortsightedness of this approach.”

The line between design and politics isn’t clear-cut anymore. With the internet, the segregation has blurred, what with brands such as KFC drawing inspiration from Donald Trump’s tweet to mock McDonald’s whilst trolling the US President, or the impact that net neutrality has on brands.

“If you work in software or design… you also work in politics,” said British designer Richard Pope.

“Politics is about the distribution of power, and few things distribute power more broadly and rapidly in the 21st century than code and design,” explains Laberre. “Facebook’s role in shaping the outcome of the presidential election is one obvious example. But you can find subtler examples all over the place, from ads targeting men for higher paying jobs to predictive policing software that indicts black people more than white people.”

“Good design is upfront about its potential to shape the political landscape.”