D&AD has revealed the winners of its 2022 New Blood Awards, with a circular fashion economy project winning the highest prize.

The New Blood Awards are open to students, recent graduates and emerging creatives worldwide. Entrants are given briefs set by well established companies and their final projects are judged by experts from the creative industry.

Briefs were set by brands like Audible, BBC, Disney, Duolingo, Google Fonts, Netflix, Penguin and Snapchat. This year there was a focus on tackling commercial and social challenges across a range of disciplines, including UX/UI, animation, advertising, typography and PR. 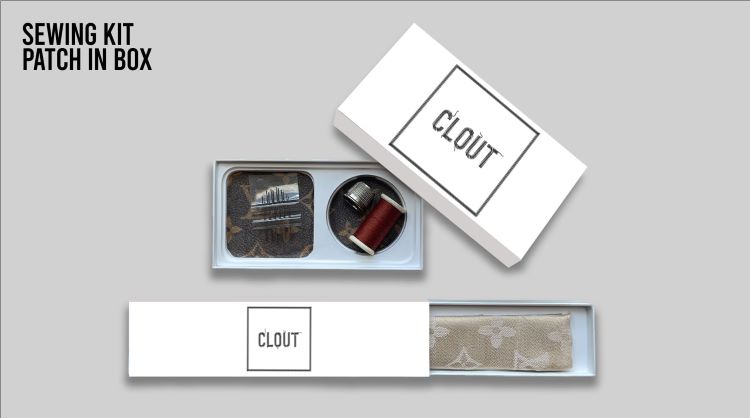 Taking home a Black, White and Yellow Pencil, are School of Communication Arts students Sam Pilkington-Miksa and Holly Killen with their project Clout. The project is a response to a brief Do the Green Thing and Pentagram and aims to address the environmental impact of fast fashion.

Clout originated from the notion that people are less likely to get rid of something they have crafted with their own two hands. The solution provides people with patches made from designer offcuts as well as a platform through which they can repair and upcycle clothes.

Doubling the lifespan of an item of clothing could cut the fashion industry’s greenhouse emissions by 44%, according to Greenpeace. Clout’s ultimate aim is to make the practice of upcycling clothes easier and more common. 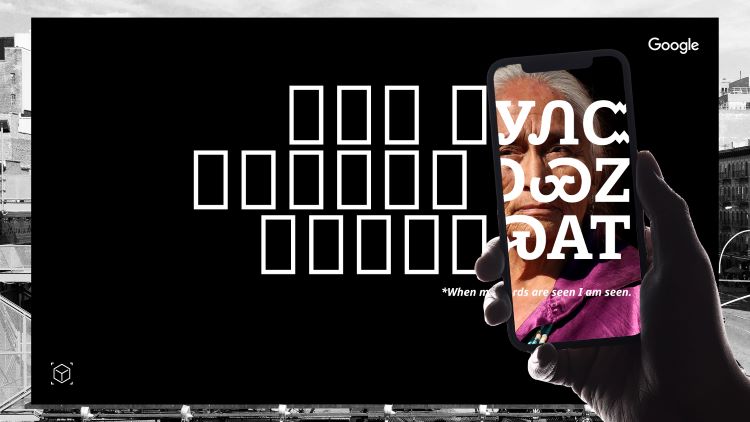 A creative team from Miami Ad School New York, Will Engebretson and Flavio Arnizant de Zori, has won a White Pencil prize for its graphics-led campaign Belong Here. Responding to a brief from Google Fonts and type organisation HMCT, the pair created a campaign which aims to showcase “how technological achievement can translate to human endeavour”.

The brief detailed that the team must use typography to promote peace, dignity and universal human rights worldwide. After exploring different components of the Universal Declaration of Human Rights, they decided to explore the idea of the written word as a vehicle for freedom.

Inspired by Google’s Noto typeface and its ability to “overcome the obstacle of unrecognised type”, the design team’s campaign attempted to communicate a key message – “When all languages can be recognised, we can all belong here.” 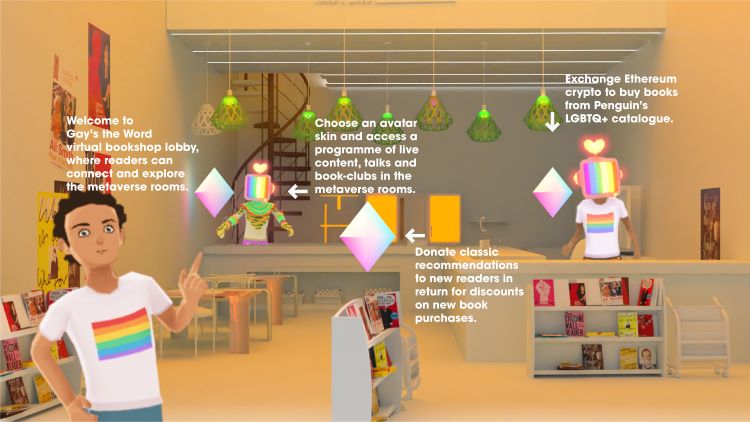 Another of the White Pencil winners is School of Communication Art’s Matthew La Croix for his response to Penguin’s brief. La Croix’s project – Penguin Metaverse – attempts to “create a safe space for the LGBTQ+ community in the metaverse”.

La Croix says, “Homophobia has risen 19% in a year and London alone has lost 58% of its queer spaces in the past decade.” Through designing reading rooms influenced by classic and new queer literature, his hope is that the project will connect people to books and each other and make growing up as an LGBTQ+ person easier.

Responding to a brief from Snapchat, a five-strong creative team from School of Communication Arts created a Snapchat lens that aims to raise awareness of medical conditions that cause hair loss in young people. Simultaneously, it hopes to encourage and facilitate the donation of hair among 13 to 21-year-olds.

The HairShare Snapchat lens works by scanning the user’s hair into a catalogue of wigs which they can then try on with AR and request.

Although they look better and can be styled more easily, wigs made of real human hair can be very costly. The design team considered that the shortage of human hair might also be driving up the prices of these wigs, so aimed to solve this problem through their project.

Other Yellow Pencil winners include a project called Upcycle, which aims to tackles the problem of food waste through a video game concept. Designed by Joe Kanonik from Cardiff Metropolitan University, the game aims to promote eco-friendly cooking by providing upcycled food recipes which can also be stored on an app and used in real life.

Nottingham Trent University’s Lauren Little also won a Yellow Pencil for her response to a brief set by Editor X and XL Recordings. She created The Kaladoscope which is a customised audio-visual kaleidoscope experience that allows Kala fans to experience the M.I.A album in a new and creative way.