Sean Thomas, executive creative director at JKR, talks about the other roles and desirable options available in studios when design positions are hard to come by or don’t appeal. 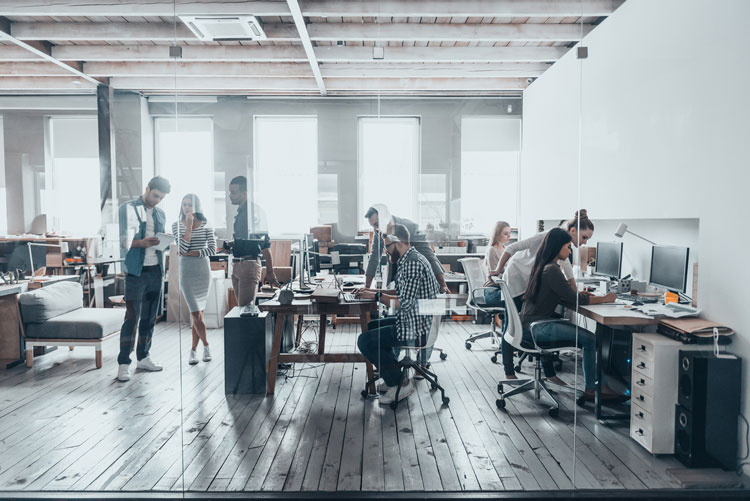 “There are all these roles out there in design that people might not be aware of”, says Sean Thomas, executive creative director at Jones Knowles Ritchie (JKR). “Studios often struggle to recruit for them, because there’s a lack of understanding about what an artworker or a 3D visualiser, for example, does.”

Thomas, who has worked at JKR for eight years and built his way up from design director to executive creative director, wants to make school students, graduates and anyone else considering a career in design aware of some of the other opportunities available.

He was inspired to do this after JKR ran a student portfolio workshop last year, where budding designers came in to the office to get feedback on their work. After seeing many university students’ portfolios, he felt that many young designers had not been prepared for a job in the industry by their courses and tutors and were not well-equipped to work on real-life design briefs in a studio environment.

“It felt like so many young designers had been set up for failure,” he says. “A few courses aside, it felt like a lot of them were going to have a very uphill struggle at getting a job. When talking to them, there seemed to be many who struggled with aspects of the designer role, such as conceptualising, and wondered where they might fit into the industry.”

He also felt, after speaking to client managers and strategists working in his team at JKR, that their backgrounds often lied in places other than graphic design; many had studied art history and design history and had gone for design studio roles because they still “craved a connection to creativity”.

“It made me realise that we rarely tell students about these roles,” Thomas says. “It’s always about looking to the ‘design greats and leaders’, rather than helping young people play to their individual strengths.”

Due to the competitiveness of the industry, the odds are stacked against the huge number of design graduates leaving university now, he adds. Almost 250,000 students in the UK applied to study art and design at university last year, making the subject area one of the most popular university choices.

“There are limited design roles available”

“Everyone wants to work [as a designer] at the hot consultancies, but there are limited roles available,” he says. “Only a handful of people are going to get that gig.”

But studios have many other creative jobs available; film and motion, 3D visualisation, realisation, artwork and production are all alternatives to graphic designer roles, while more strategic positions such as account management and brand strategy are also viable options.

“There are less people doing these roles than there are designers,” says Thomas. “There is an absolute surplus of design graduates. But a good artworker or visualiser is quite hard to find. You’ve got more chance of getting in at a better design studio if you apply for those jobs. A shortage of people means much higher demand.”

But it should not only be about going for positions that appear less competitive, but more playing to individual strengths – which role people choose depends on what individuals get most enjoyment from and what they are best at, Thomas says.

Do you like order and detail, or creative chaos?

“It depends on which part of the design process you get most excitement from,” he says. “Core design roles are all about concept and strategy, getting an idea out there.

“Realisation, artwork and production are more technical, so people doing those roles tend to be precise, and like order, rules and attention-to-detail – they like kerning! A lot of the best designers are messy and disordered, so they wouldn’t be good at roles like that.

Some roles come with preconceptions, he says, and may be trickier for younger designers to break into than others, such as brand strategy – but he adds that these stereotypes are changing.

“People are quite dismissive of non-design roles”

“Traditionally, strategy was something someone might end up doing after a different job, such as design or account management,” he says. “But it makes a lot of sense to have a strategist in their twenties, who can offer a different perspective. You probably still wouldn’t get a 25-year-old leading strategy at a huge global brand, but it is changing.”

Graduates should not dismiss roles in studios just because they are not straight design, he says, as they all come with their differences and benefits; they can all be creative in their individual ways, and some may even be more lucrative.

“Some of these roles will pay much better than design jobs at senior and freelance levels,” he says. “Of course, you should never base your career choice on salary, but people are quite dismissive of non-designer roles – if they were aware of the benefits and of how they do creative work alongside designers, it might make them see them differently.”