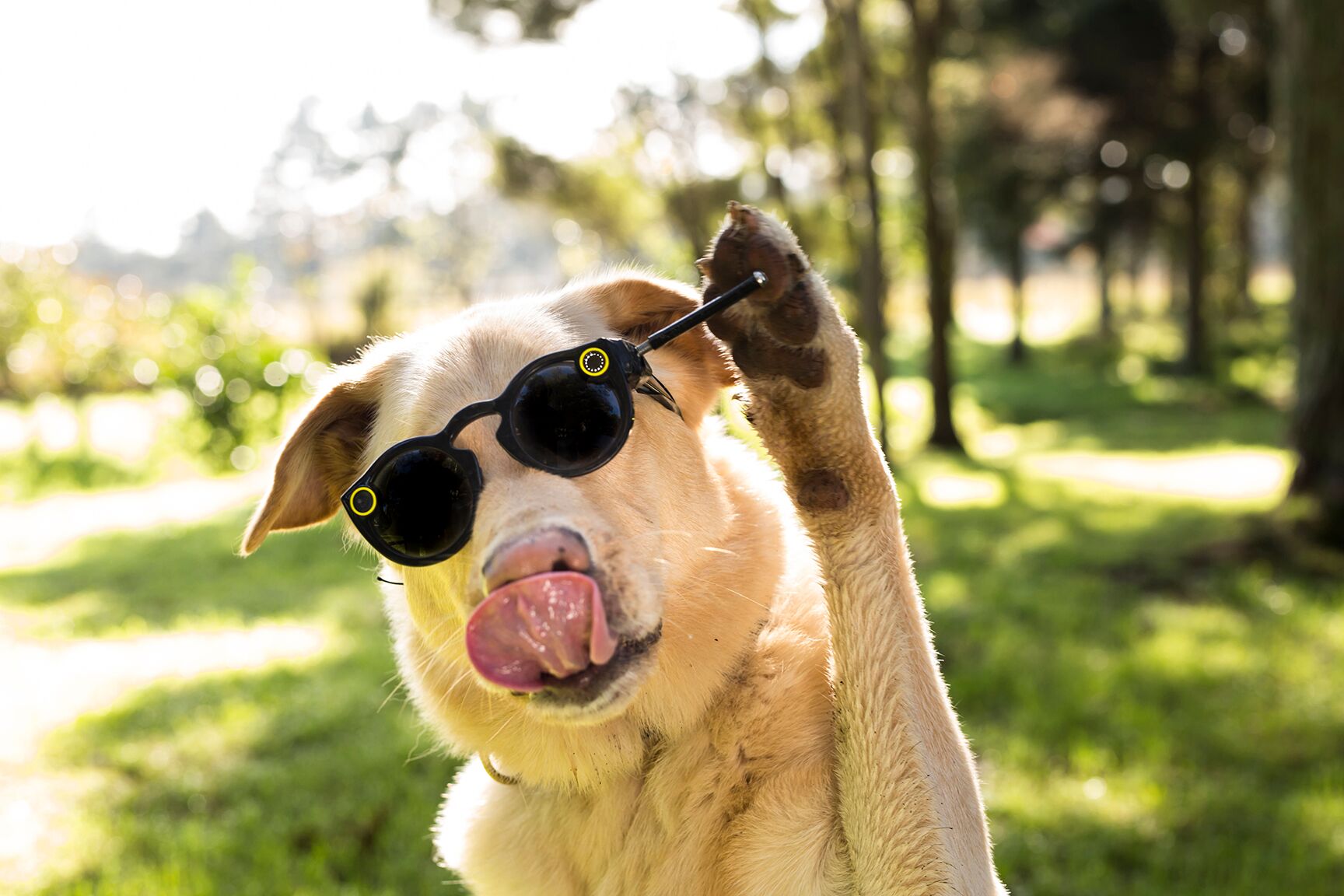 Reggie the Snapchatting dog: Who needs thumbs when you’ve got paws?

Reggie, the dog is becoming an internet sensation with his ever expanding skill set.

Reggie uses his paw to activate the camera and record 10-second snippets of life from his point of view.

Reggie was taught to use Snapchat by one of the world's leading animal psychologists and behaviourists, Mark Vette, in order to give people an insight into life from a dog's point of view.

Vette says, “This is a chance for the world to see what life looks like from a dog’s unique perspective.

“It’s incredibly important because when we understand how our dog perceives the world, we can truly understand how to relate to and communicate with them in a way that is kind, loving and makes sense to them.”

Mark has previously trained dogs to drive cars and taught Reggie to fly a plane, so Reggie is no slouch when it comes to technology!

Now Reggie will be producing content for Mark’ s online dog training program, Dog Zen, which teaches you to see the world the way your dog sees it, and therefore be able to communicate with your dog and understand what your dog is “saying” to you.

Vette continues, “Throughout over 40 years of working with dogs, I’ve found that when people understand the way their dog sees the world, they are able to build an incredibly strong bond and training becomes so intuitive.

“This means preventing or solving any behavioural issues or stresses they might have had is much easier, and their dog is happier as well.”

“If we understand and relate to our dogs better, then together we can transform dog behavior issues in our communities and ensure we preserve this remarkable, co-evolved bond we have had with dogs for millennia.”

Reggie is now employed by Dog Zen to produce content for its social media platforms.

Reggie was rescued in North England in 2015, where he was found wandering the streets, having been abandoned and left alone to fend for himself.

He had some behavioural issues and after being rescued he struggled to find a loving home until he was scouted for the British TV series ‘Dogs Might Fly’.

Mark Vette was the lead dog trainer and expert that taught Reggie to fly a plane, but when training was done and the feat was achieved,  Mark couldn't bear to let him go.

So he went through the lengthy process of bringing  Reggie back to New  Zealand, to join his family.

Now Regie is helping to train problem dogs that come into Mark’s behavior clinic, attending events around New Zealand and showing everyone just how loveable and smart a rescue dog can be.