4 Design Lessons From The Pixar Team 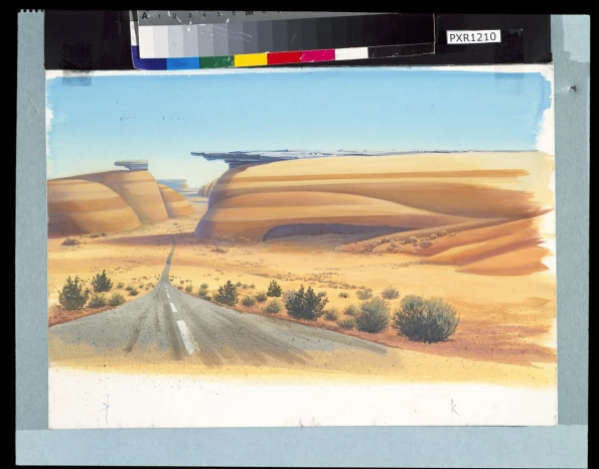 Since 1986, when two adorable anthropomorphic lamps graced the screen in the short Luxo Jr., Pixar has become an emblem of how to run a creative and successful business. Its creative process andbusiness tactics have been well chronicled, but a new exhibition at Cooper Hewitt focuses solely on the creative habits of its design team.

Pixar: The Design of Story explores the design principles that the company has stuck to since that very first film. From Toy Story toWALL-E, Up to The Incredibles, Pixar always employs the same three key design principles—story, believability, and appeal—to create movies that emotionally resonate with nearly any viewer.

We talked with Kim Robledo-Diga, deputy director of education and interpretation at Cooper Hewitt, about Pixar's design process and what any designer can take away from it.

It can be tempting to skip the research phase when responding to a design challenge, especially if you have already have a good idea. But as Pixar's design process suggests, what you discover while researching can have a big impact on the final result, even taking it in unexpected directions.

Take, for example, the group of designers behind Cars. Before they even started looking at car designs, their initial research consisted of taking a trip down Route 66 together. "They actually took the road trip that they do in the film," says Robledo-Diga. "They gathered soil. They ate at classic diners. They purchased funky, touristy postcards. They really tried to absorb the feeling of Route 66 and how it could inform the landscape of the film"—which turned out to be one of the most awe-inspiring aspects of the movie.

Pixar is known for its creative "brain trusts"—groups of passionate, creative people who work together to solve problems and perfect ideas. According to Robledo-Diga, that same sense of collaboration happens among different facets of designers.

To design something as seemingly simple as the house in Up, she says, "all the departments worked together—from the animators to the research team to model packet artists to the technical designers." Sketches are passed from team to team, and each person makes notes for improvement, even something as specific as how to make the brick more realistic or how the pipes should look in the bottom of the house.

One of Pixar's in-house strategies is a concept they call "Simplexity," or a way of "simplifying an image down to its essence," says Robledo-Diga. "For example, in Inside Out, Anger is a square, Sadness is a teardrop, Fear is a rectangle shape. They vary this cast of characters by assigning them simple shapes, and then they individualize them by giving them texture and color and details." By establishing a set of simple techniques that seem almost elementary, Pixar can create new, fresh characters and ideas over and over again.

PAY ATTENTION TO THE DETAILS

When approaching a story, Pixar designers focus on two things: the first is "appeal," or how to get an audience to connect to, say, a rat that cooks. The second is "believability," which might involve designing a hyper-real "trash planet" for WALL-E. To achieve both of these things, Pixar designers must have an unparalleled eye for detail—from the seams on Toy Story's green army men to how the colors of scenesconvey emotion.

"Their attention to detail is what makes their films so fantastic and believable. When the old man lost his wife in Up—I don’t believe that anyone left that film without crying in the first 20 minutes," says Robledo-Diga. "You were invested in this imaginary couple for a 10- to 15-minute story, and then you felt the same pain that Carl did when his wife passed away. It really is part of the design process to convince you of that."