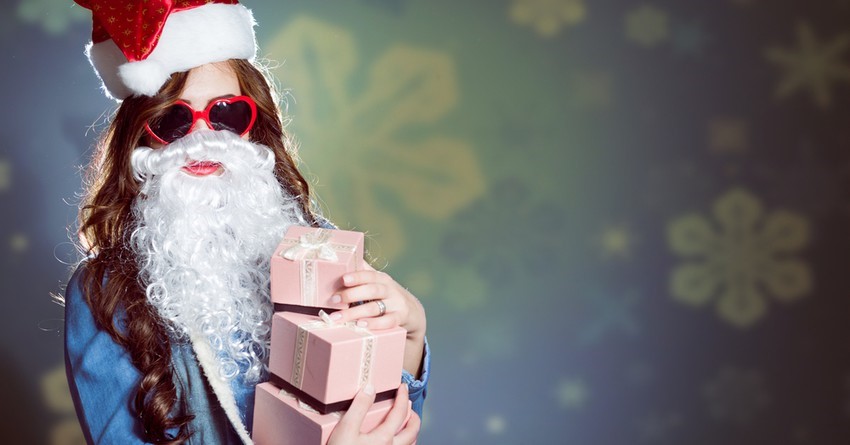 Online gift retailer Not Socks has stepped in to save Christmas – in the form of taking over the popular Twitter game NZ Secret Santa.

The Twitter Secret Santa took a break in 2018 after NZ Post announced it would no longer be running it.

Like the traditional office version, the Twitter game involved each player purchasing a gift for one participant and receiving a present from another participant. The difference was the game was nationwide – and, in the eight years it ran, it became hugely popular among the Twitter community. In 2017 around 3,600 Kiwis played it, including Prime Minister Jacinda Ardern.

#NZsecretsanta was started by Kiwi blogger WebSam in 2010. He ran it until NZ Post took it over in 2012.

Taking up the reins of the NZ Secret Santa game is “a natural fit” for Not Socks, while the game is uniquely Kiwi, says founder and managing director Jude Burnside.

“NZ Secret Santa is such an awesome, festive concept – and so special to New Zealand. We’re the only country in the world that runs a nationwide Secret Santa. Over the years it’s become a Kiwi Christmas tradition.”

The online retailer already sends out “thousands of gifts to Kiwis every day in the lead-up to Christmas”, she says, while the game brings “so much happiness to people”.

“We love Christmas and know how much joy a thoughtful, well-meaning gift can bring. By picking up the torch, we can ensure this annual Kiwi tradition returns and continues well into the future.”

Burnside has not played the game personally, but “several friends and family members have enjoyed playing it in the past”, as have many of her customers.

“Over the years, we’ve also had many customers purchase their Secret Santa gift from Not Socks and get it sent directly to the Santa Storehouse. It was really fun being part of it.”

Not Socks will run Secret Santa from 2020, says Burnside. “We were keen to pick up the reigns as soon as possible. However, it took some time to ensure the handover was done right and it was confirmed just a touch too late this year.”

The plan is to “make it bigger and better than ever” next year, she adds.

While Secret Santa fans missed out on playing the game in 2018, they were able to take part in a version this year. #SecretSantaNZ2019 was held this month, thanks to @FoxyLustyGrover. Friday November 22, was opening day.

By lunchtime, #SecretSantaNZ2019 was in the top three NZ trending topics, with almost 2500 tweets. There were more than 1000 tweets under the hashtag #22OpeningDay as players opened their presents and tweeted about what they had received.

How to hire the right marketers in a shallow talent pool
Breaking out of that creative rut
Graphic Design is Mental: Tips for looking after your state of mind as a designer