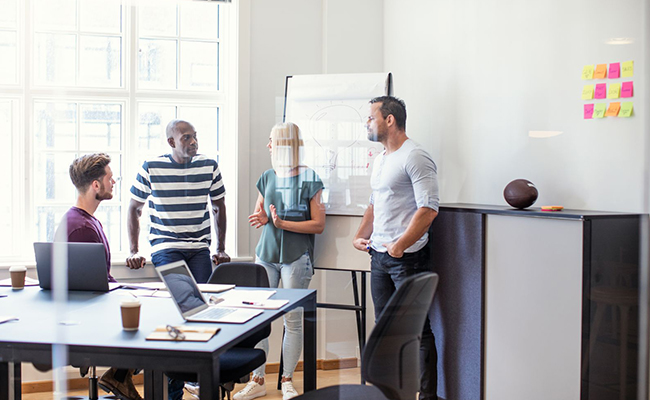 You learn a lot in college. But there are only so many hours in the day, so certain things inevitably get minimised or left off the syllabus altogether. This means fresh graduates often enter the profession with knowledge gaps they may not be aware of.

To plug some of these holes, we asked our followers on Twitter to share the lessons they've learned from working in the creative industries since graduating. The stuff they can't really teach you at uni or college, as it's only really possible to learn "on the job". Here are some of their top tips, plus you can read the full range of advice here.

1. The importance of money
At college and university, you learn all about how to come up with creative ideas and put them into practice. What you don't often hear too much about, however, are the naked financial realities of design agency life.

"Most universities and colleges in the UK teach you how to make appealing things but not how to work within a business," points out course provider Kim Thomson. "Very few teach business skills, and even fewer teach the realities of working for a company, in a team."

"I learned an awful a lot more about design and the creative industry after I left school," says designer Berjo Mouanga. "So I'd advise anyone at the start of their career to learn about the business of your field. Understand your role as you enter the job market and be humble to constantly learn and improve."

Art director Asa Rodger agrees. "I think it takes a body of time in the industry," he says. "But I'd say the earlier you think about money and creativity as a business, the easier it gets to understand both employer and client decisions, the way things operate, and why."

2. That you'll need to work faster
One of the big shocks of moving from an academic environment to a commercial one is the need for speed. Keeping clients happy is about meeting deadlines, and often those deadlines are blisteringly tight. So you'll almost certainly have to learn to work faster than your current rate.

"While I'm not saying I'm a fan of it, the truth is that fast is appealing for agencies because they pay you a salary and charge you out at an hourly rate," says Asa. "So the quicker you work, the thicker their markup. 'How long would that take you?' is a common question about portfolio work for that reason."

Consequently, says marketing manager Louise Major, the speed you need to work at will need to go up. "The uni scrapbook ideation stuff that you were given six weeks to work on now has to happen in an hour," she says. "The processes are so different from uni to reality."

Designer and artist Katie May agrees: "The pace is different," she says. "In uni, you might often work on projects for months at a time, but working at an agency or in-house, it's often more about short, sharp, quick-turnaround things. That makes for more stress, but also feels more productive and rewarding."

3. Creative freedom is not a given
Another thing you have a lot of in education, but which can be in short supply within the workplace, is creative freedom. "You always get to run with your own ideas at uni," notes illustrator Niki Groom. "But in the industry, that's very often not the case. Accepting and getting on board with someone else's vision is a good skill to develop."

Doing so can be depressing, as you feel like you've entered the profession under false pretences. But don't worry, says senior designer Jamie Quantrill: your time will come. "Not everything you work on is going to be exciting," he says. "But give every job the same amount of rigour, and you'll be given more exciting opportunities later on."

4. There's a lot you don't know
There's no nice way of saying this, but there's SO much you have to learn as a fresh design graduate. And if you've been the star student on your course, that can be hard to accept. But if you don't, you'll come across as arrogant and exactly the kind of new intake that other designers steer clear of. So find some humility and adjust that attitude as quickly as you can.

As senior creative Melissa Yates puts it, "Quickly learn that you don't know everything. Although you might've done well at uni, this is only the beginning. Be prepared to open yourself up to feedback – it's never personal – and leave your ego at the door. Remember that there are much worse jobs out there, so have fun with it."

When does this stop? Quite frankly, never. As graphic designer Andy Illingworth says: "It doesn't matter how much experience you have, you'll always be learning. Not every project is going to be a portfolio piece. But those not-so-fun jobs are essential in learning key skills as a junior. So brush up on your artworking skills, and don't be scared to ask questions."

That said, don't go too far and stress yourself out, adds design and communications executive Neil McAdam. "You don't need to be good at everything," he says. "So focus on what you were hired to do. The biggest thing that held me back at the start was overwhelming myself with the amount of stuff I thought I needed to know."

5. It's a people business
Talent will only get you so far. Design is fundamentally a people business, and without people skills, you'll be doomed to failure. So art director Ryan Downie advises you, "learn how to read people and read between the lines. Learn how to not take feedback personally: it's the work, not you."

As illustrator Sara Rhys says: "I've learned that good, friendly communication can help you through all sorts of difficulties. Address problems early, accept criticism graciously, set boundaries clearly, and always be polite. No matter how skilled you are, nobody will work with you if you're an arse."

6. Uni is still there for you
Finally, remember that, just because you've left education, your teachers haven't abandoned you. In fact, colleges and universities generally put a lot of effort into trying to help their alumni succeed (it's in their interests because they want to brag about you later down the line). So make sure you keep in touch and reach out when you need help and advice.

"You can actually get more support out of university than you do in it," say the good people at The Code Zone. "You just have to learn to ask, ask, ask! People, on the whole, are lovely and want to see you grow."