Amazon Is Building Indoor Tree Houses For Its Employees 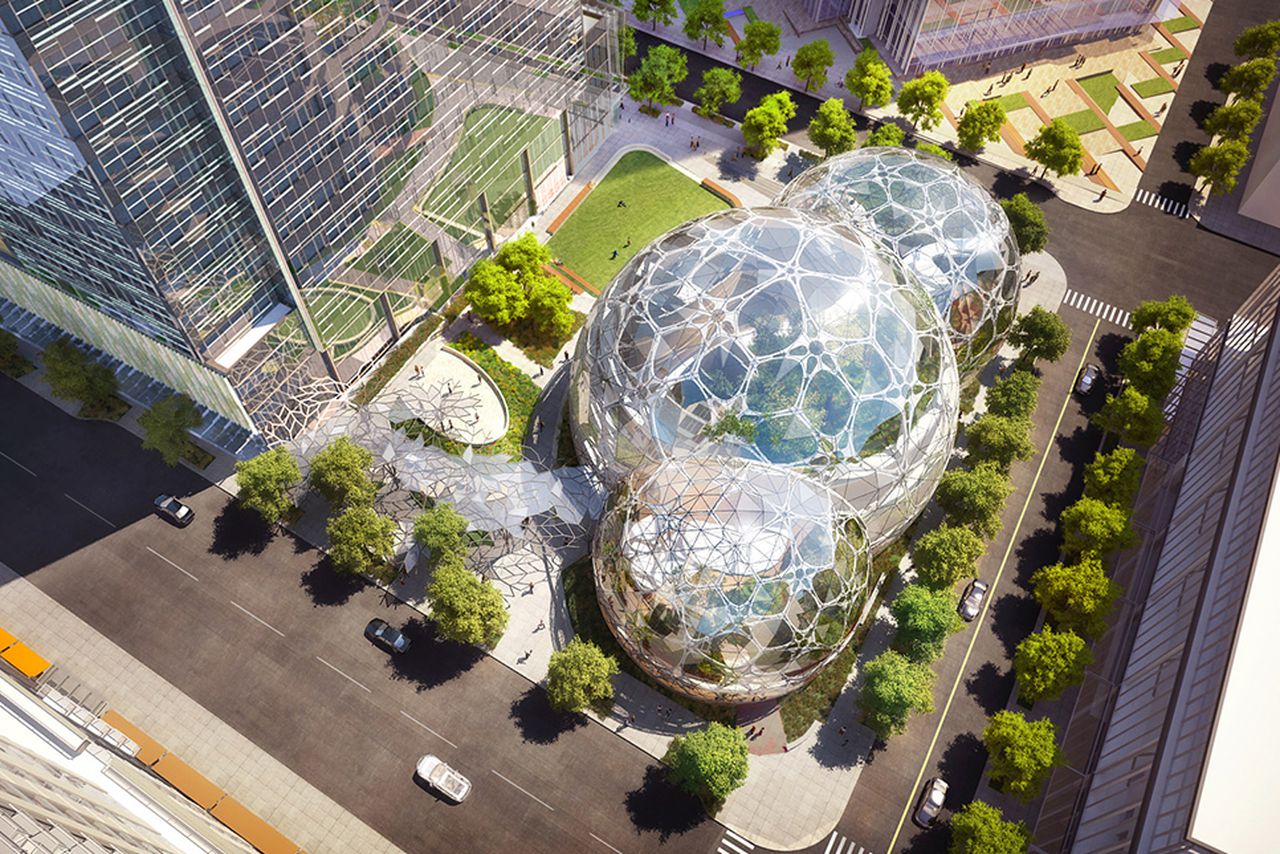 Amazon is building a greenhouse in downtown Seattle that's meant to be a refuge for office employees. The greenhouse, constructed as a trio of spheres, will house more than 3,000 species of plants, many of which are endangered, The New York Times reports.

In addition to the plants, the spheres will contain tree houses joined by a series of suspension bridges. Amazon hopes its employees will host meetings in the tree houses, but the greenhouse will also be kept at 72 degrees and 60 percent humidity — not ideal conditions for cranial stimulation. The greenhouse will only be open to Amazon employees, but may open to the public at a later date.

While there have been studies to suggest greenery in an office can improve employees' well-being, this greenery will not actually be inside the Amazon offices, but nearby. "You’re making a big investment and betting on two big hypotheses," Ihab Elzeyadi, a professor of architecture at the University of Oregon told the Times. "Will they leave work and go there and, having that kind of nature-bathing maybe once a week, will it really impact their stress levels?"

The Times reports that Amazon hopes to open the building in early 2018.