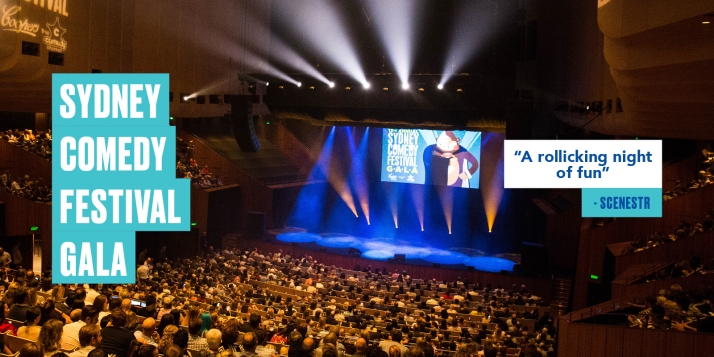 The Sydney Comedy Festival is Sydney’s biggest annual comedy event. Every April and May, hundreds of the world’s funniest comedians take to stages across Sydney to entertain an audience of more than 120,000 people, followed by a 50+ stop Showcase Tour across Australia that performs to over 25,000 annually.

The Festival kicks off in grand style with lavish gala events: the Sydney Comedy Festival Gala at the Sydney Opera House, Enmore Theatre, The Concourse Chatswood and Riverside Theatres in Parramatta.

The Festival program features performances from the finest Australian acts, the biggest international stars and the most promising emerging talent offering up everything from stand up to sketch, satire, impro, musical, absurdist, theatre, magic and kids comedy.

Today, the Festival is one of Sydney’s fastest growing cultural events and every year aims to offer a bigger, better or more diverse program to satisfy Sydney’s rampant appetite for comedy.